Traders of the Japanese Yen are becoming more cautious as the currency enters uncertain territory in the first weeks of the New Year.

This is spurred by international and domestic economic developments that are challenging the currency (touted as one of the strongest in the entire Asian continent).

Recently, is feeling the pressure as it trades poorly well below the 109.00 mark, gaining a measly 0.1 percent in a freefall that has gone on for seven months and will very well continue as political pressures in the United States and a gradual slowdown of the Chinese economy is pressing down on the global FOREX markets.

Traders will have to understand these developments more thoroughly in order to maintain their confidence and keep the currency market afloat. The recent government shutdown in the US amid border security issues that had prompted President Trump to halt the operations of federal institutions. This is further worsened by a drop in bond yields that started in the first half of 2018. This has led to poor trading between the greenback and the yen, which has up until now touted as a safe from external pressures.

Experts are also quick to point out the dismal performance of the Chinese economy as an underlying factor in the easing of trade between the yen and other currencies. This is further enhanced by the Fed’s announcement of new rate hikes, which will definitely provide put even more pressure on traders.

In this sense, it’s important for key players to be aware of any and all developments that are emerging from this situation. As investment concerns continue to hound the future of currency trading between the yen and the dollar, it’s only important to be aware of any new developments that could potentially place the currency in an even uncertain environment. Still, this shouldn’t stop investors from becoming too hopeful in a bid to find lucrative opportunities.

One thing’s for sure, there have been positive developments over the easing of trade restrictions between China and the United States. At least, this is something that investors will have to be hopeful for as they continue to track the direction of the FOREX markets are going. For the meantime, it’s important for traders to keep themselves abreast of any potential trends and market activities that aim to disrupt the FOREX markets in ways that are not so much subtle. A well-informed trader is someone who knows what’s going on and uses new information to create effective investment strategies. 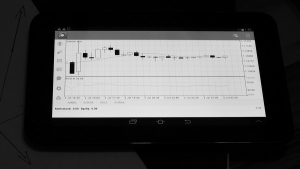 NeoWave Wave Theory by Glenn Neely. Description of price impulses. The rules of the stretched wave, equality, alternation, overlap. The rules of logic.